After eight years in Europe and the Middle East, Travel Writer Amanda Castleman returned to freelance full-time from her homeport of Seattle. Her photos and words have appeared in Afar, Outside, Sierra, Islands, BBC Travel, Delta Sky, Bon Appétit, Coastal Living, MSN, Yahoo  and The International Herald Tribune, among others. She won a Lowell Thomas award (travel-writing’s ersatz Pulitzer) for adventure coverage and is now thrilled that an alumna has followed suit, as Kara Williams and her co-authors took the travel-blogging gold in 2012.

Amanda has contributed to 30-odd books, including Greece, A Love Story and Rome in Detail, plus titles for National Geographic, Frommer’s, Michelin, DK Eyewitness, Time Out and Rough Guides. She has launch-edited glossy consumer magazines, as well as a Silicon Valley start-up. Previous gigs include graphic- and web-designing, and staffing and editing on metro dailies.

In addition to the Travel Writing Master Class online, Amanda Castleman teaches a weeklong workshop in the eternal city, WritingRome, which will next be offered in spring 2018.

A journalist since 1993 and an instructor since 2003, she’s renowned for her detailed critiques, which interleave recommendations into students’ manuscripts. These insights—along with her tact, humor and generosity—make Amanda one of the world’s top travel-writing coaches.

“She is a dream teacher, just the right balance between a knuckle-rapping tutor and a mom full of hugs,” commented alumna Linda Petrucelli.

Read more student reviews and get a sense of graduates’ published work. 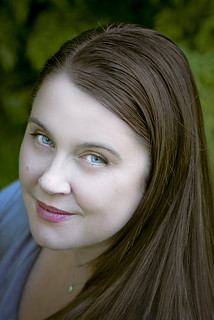 This $550, ten-week online workshop next kicks off on June 28th, 2019. Space is limited to 12 people and can fill quickly. Late enrollments are accepted until the 10th day of class.

Please note: the master class will be joining forces with a writing school soon. Tuition will increase to $650 after the summer term.